The hilarious truth about dishonest clients

In the 14 years I’ve been doing this, I’ve had very few dishonest clients.

I don’t think that’s any special skill on my part. I think it’s more a combination of luck and charging up front. (That second part tends to weed out the crooks who never intended to pay…)

But I do remember one. Here’s what happened…

It was back in 2006 and I got to know this web developer online. We used to chat back and forth. I think I even did some work for him.

Anyway…Bob wanted to land this client – a big accountancy company in his town.

He had this idea: his people would do the web design, I’d write the copy and this guy, Ray, would do the SEO.

The accountancy firm was interested, he’d pitched them a big fee, and they were thinking about it.

If it went through, it would have been a big piece of work at a high hourly rate. So we all wanted it to happen.

But, then, the accountants said no.

Rather than giving up, I went back to Bob and said, “Send them an email and here’s what to say…”

He did what I suggested. Suddenly, the deal was back on.

And this went on for a few weeks. So I emailed Ray. I didn’t know him at the time. I’d heard he was brilliant at SEO, but I’d never spoken to him directly.

Half an hour later, my phone rang. It was Ray.

I’ll admit, I was a little pissed off.

But that didn’t last long.

Because, about a month later, Ray called me again. It turned out Bob’s project wasn’t doing so well.

The copy the other copywriter wrote was so bad, the client went ballistic. Then the SEO company screwed the pooch… the accountants’ rankings actually dropped …

The whole project was about to go tits up. And, because Bob had guaranteed results, he’d have to repay the whole fee – leaving him seriously out of pocket.

So, he called Ray to try to get him back onto the project. Ray told him to go forth and multiply…

Ray and I had a good laugh about this… which led to a friendship and us working together on a ton of projects. All told, we’ve each made multiple five figures from the work we’ve sent each other.

As for Bob? His company didn’t last long. I’ve no idea what he’s doing these days.

#1: Business is about relationships, not short-term money grabs.

#2: When you’ve found good marketers, use them.  Don’t go looking for cheap marketers instead.

PS For the last 13 years, every time someone asked me, “Do you know a good SEO?” I’ve recommended Ray. And, every time a client has hired him, he’s gotten great rankings for them.

So, if you’re looking for a great SEO (rather than a cheap one), Ray’s site is here: 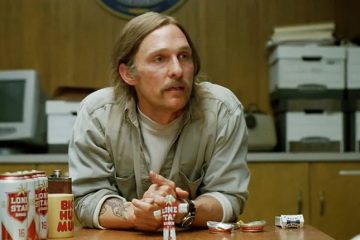 Did you watch the first season of True Detective? In it, Matthew Mcconaughey plays Rust Cohle, an alcoholic ex-cop.  At the start of the series, the police call him in to answer questions about an Read more…

If you have a wordpress site, read this

You probably heard about last month’s ransomware attack on the NHS. And there was another attack across Europe this week. I don’t know about you, but this stuff scares the crap out of me. (Can’t Read more…